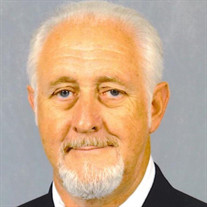 Alfred “Al” William Plouffe, 73, died Tuesday, May 5, 2020 in Ingram, Texas.Although he was in remission from a short battle with Lymphoma, he unexpectedly passed. Al was born on May 12, 1946 in Lawrence, Massachusetts to his parents Alfred and Irene (Gervais) Plouffe. Al was raised in Methuen, Massachusetts and graduated from Tenney Memorial High School in 1964. After high school, he drove a cab until he joined the military in 1965. In 1968, he was stationed in England where he met his wife Bridget Hadlow. Together they had two daughters, Christine and Danielle. Al proudly served his country in the Vietnam War and was honorably discharged from the Air Force in 1969. For the next few years, he dabbled in a few occupations to include a gas station attendant and construction. In 1971, Al rejoined the Air Force as an aircraft mechanic where he worked and promoted up the ranks to Master Sergeant. He retired in September of 1989. Al again chose to serve his country and worked for the Federal Civilian Service for another 20 years. He retired as an Aircraft Maintenance Supervisor in 2010. Although Al and Bridget divorced, they maintained a very close friendship up to the day he passed. Al cared for his mother Irene for many years until her passing in 2010. Al was an avid Harley Davidson rider and enjoyed spending time with his biking buddies. Al was a member of Southern Cruisers Riding Club Chapter 221 nicknamed “Silver Fox”. He loved watching sports, especially his beloved Red Sox and Patriots. He also enjoyed bowling, darts and swapping military stories. Al leaves behind his daughter, Chris Braun (husband Ed), his daughter Danielle Lorenz (husband Mike), grandsons Cole Rae-Plouffe (Wife Chelsea), Gavin Braun, and Austin Lorenz, great grandsons, Caius, Caige and many close friends. Visitation will be held on Saturday, May 9, 2020 from 10:00 a.m. - 12:00 p.m. at G. W. Cox Memorial Funeral Home. Funeral arrangements are under care and direction of G.W. Cox Memorial Funeral Home, 114 Fletcher Drive, Del Rio, Texas. For more information you may contact us at (830)775-2000 or www.gwcoxmemorialfuneralhome.com

Alfred &#8220;Al&#8221; William Plouffe, 73, died Tuesday, May 5, 2020 in Ingram, Texas.Although he was in remission from a short battle with Lymphoma, he unexpectedly passed. Al was born on May 12, 1946 in Lawrence, Massachusetts to his parents... View Obituary & Service Information

The family of Alfred "Al" Wiliam Plouffe created this Life Tributes page to make it easy to share your memories.

Send flowers to the Plouffe family.