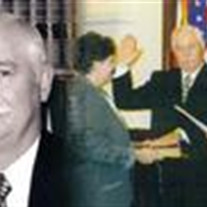 Carl Pendergrass Jr., 69, of Del Rio, passed away on Sunday, January 13, 2013 after an extremely courageous battle with cancer. He was born to the late Carl Pendergrass and Belle Matthews, on October 29, 1943, in Victoria, Texas. Carl graduated from Palacios High School in 1961. He played defensive tackle and helped lead his team to compete in the Texas high school state football championship. He was offered a football scholarship; but, chose to attend Texas A&M University. Carl was an avid football fan and never missed an Aggie Football Game. He was elated to cheer the Aggies onto their recent victory in the Cotton Bowl. Carl was a proud member of the Texas A&M Corps of Cadets, Company I3, and Squadron 10, and a member of the Marine Corps Reserve. He served as the Lieutenant of the Cadets during his senior year in college. Carl was no stranger to hard work. His summers during college consisted of working in the oil field, picking cotton on Southeast Texas farms, and shrimping in the Gulf of Mexico. When it was time to return to school, you would find Carl on Highway 6 hitchhiking his way back to College Station. Carl received a Bachelor’s Degree of Business Administration in Accounting from Texas A&M University in 1965. Carl met his wife, Carol Halamicek Pendergrass in 1964 in El Campo, Texas. Both of their mothers lived across the street from each other. They married on March 18, 1965. After marriage, they moved to Houston where Carl worked at Superior Oil Company and he attended law school at night. It was during their time in Houston that they were blessed with the first three of four children. He received his Doctor of Jurisprudence Degree from South Texas College of Law in 1969. After receiving his law degree, he moved his family to Del Rio in 1970. Carl worked as an attorney for Douglas Newton for several years before opening his own private law practice. From 1971 through 1978, he represented the citizens of his community as the County Attorney for Val Verde County. During and after his service as County Attorney, he continued in his private practice specializing in civil, criminal, real estate, family, oil and gas, probate, and business law. He was an attorney for 29 years before being appointed as the presiding State District Judge of the 83rd Judicial District Court of Texas. Carl was appointed to the 83rd District Court on October 29, 1999. Governor George W. Bush appointed Judge Pendergrass after an extensive screening process that continued for six months. The 83rd Judicial District was composed of Pecos, Reagan, Terrell, Upton, and Val Verde Counties. He served as the presiding judge from 1999 until the time of his death. Carl indicated that he wanted each person who came before his court to receive a fair, compassionate, and impartial decision. Carl provided a wealth of service to the community. He was an active member of the Masons. He was currently serving as the Worshipful Master of the Val Verde Masonic Lodge #646, AF&AM. He also served on the Val Verde Hospital Board, Del Rio Housing Authority, and was a member of the Lions Club and Elks Lodge. In addition, he was a staunch supporter of the local 4-H youth. Carl was a rancher and loved spending time at his farm with his cattle and goats. He was a pilot and owned several racehorses. In addition, he also enjoyed fishing, hunting, gardening, and barbequing for his family. He was also a devout Texas Aggie! Carl was a man of integrity and was a pillar of strength and support for his family and the community. His family was his life. Carl is survived by his wife, Carol and four children: Vince and Lisa Rogenes of Frisco TX; Douglas and Toni Pendergrass of Flora Vista, NM; David Pendergrass of Del Rio, TX and John and Becky Pendergrass of Del Rio, TX. He is also survived by twelve grandchildren: Jenson, Jonathan, and Mila Rogenes; Douglas Jr., Raylee, and Hadley Pendergrass; Savannah, Kate, Aiden and Bannon Pendergrass; and Elizabeth and John Reed Pendergrass. Carl is also survived by his mother, Belle Matthews of El Campo, TX and two sisters, Patsy Metting of El Campo, TX and Carol Petrakos of Rosenburg, TX; Aunt Josie Lenz of Palacios; and Uncle Arthur and Mary Lenz of Midwest City, OK. Carl was preceded in death by his beloved grandfather, Burt Lenz of Palacios, TX and brother Burt Pendergrass of Sheridan, Wyoming. In lieu of flowers, the family is requesting that donations be made to the Shriner’s Hospital for Children. A viewing will be held at 5-9 P.M. Thursday, January 17, 2013 at G.W. Cox Memorial Funeral Home at 114 Fletcher Drive, Del Rio, TX. The family will received friends from 5-7P.M. The funeral will be held at 10 A.M, Friday, January 18, 2013 at the Presbyterian Church at 220 Spring St. in Del Rio, TX. He will be laid to rest at the Masonic Cemetery at the end of W. Second St. in Del Rio, TX.

Carl Pendergrass Jr., 69, of Del Rio, passed away on Sunday, January 13, 2013 after an extremely courageous battle with cancer. He was born to the late Carl Pendergrass and Belle Matthews, on October 29, 1943, in Victoria, Texas. Carl graduated... View Obituary & Service Information

The family of Carl Pendergrass created this Life Tributes page to make it easy to share your memories.

Send flowers to the Pendergrass family.