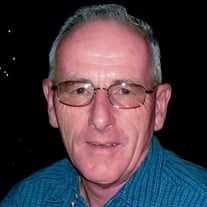 Dennis Philip Carroll, age 73, of Del Rio, Texas passed away on the 23rd of October after experiencing heart failure on a medical airlift. The beloved and adored husband, father, grandfather, and great grandfather is survived by wife of 33 years Margie Carroll, daughter Betsey Krueger of Arlington, TX, son Allan Carroll of St. Charles, IL, stepdaughter Carol Pippen of Del Rio, TX, stepson Johnny Moore of Coppell, TX, seventeen grandchildren, and three great-grandchildren. Dennis was born in Kingston, NY, on April 13, 1947. He served in the United States Marines Corp and is a Vietnam War veteran. While reaching heights in a very successful career in medical technology, God called him to become a minister to the children and families of Ciudad Acuña in Coahuila, Mexico. He was endearingly bestowed the nickname “Nicho” among those he blessed and those who blessed him throughout the city. His passion was to serve his King through his ministry and his family. He always had words of praise on his lips. He was a prayerful leader for his family, for anyone in need, and especially beside his brothers and sisters in Christ. His ministry was to serve those in crisis, including orphans and unwed mothers with young children. With the help of generous donations and the miraculous providence of God, he contributed to the education, health, welfare, and spiritual upbringing of many young people in Mexico. In faith, he followed the Lord’s commands to the end. The funeral service will be held at 2:00 p.m. on Friday, October 30, at Esperanza First, located at 301 Ave G in Del Rio, TX. All are welcome. Funeral arrangements are under care and direction of G.W. Cox Memorial Funeral Home, 114 Fletcher Drive, Del Rio, Texas. For more information you may contact us at (830)775-2000 or www.gwcoxmemorialfuneralhome.com

Dennis Philip Carroll, age 73, of Del Rio, Texas passed away on the 23rd of October after experiencing heart failure on a medical airlift. The beloved and adored husband, father, grandfather, and great grandfather is survived by wife of 33 years... View Obituary & Service Information

The family of Dennis Philip Carroll created this Life Tributes page to make it easy to share your memories.

Send flowers to the Carroll family.