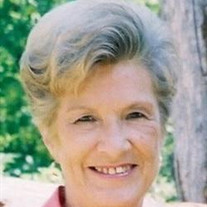 Diane Lightizer Luce, 78, passed away January 5, 2017 in Del Rio, Texas. It is with great sadness, that we the family of Diane Luce announce the passing of our beloved wife, mother, grandmother, aunt, sister and friend. This unique woman was truly the glue of a dynasty and the wind beneath our wings. Born in Moline, Illinois in July 5, 1938, to Bob and Betty Lightizer. She came to Texas at the age of 10, when her father joined the Border Patrol, and relished everything Texas and the western lifestyle. She attended school in Langtry, Spofford, Brackettville and finished High School in Del Rio. She raised 4 beautiful children and remained in Del Rio for the rest of her life, making friends wherever she went. She worked many places that people will remember like the old DK store, John Rowland men's store, Hamms Beer Distributor, eventually entering Civil Service, when construction of the Amistad Dam began. She transferred to LAFB and spent the remainder of her career in Civilian personnel, retiring in 1995. She is credited with compiling the presentation that prevented LAFB's Aircraft Maintenance Program from going contract, thereby saving100's of local jobs. After retirement, she followed the activities of her children and grandchildren, and enjoyed her hobbies of gardening, cooking, decorating and reading. The circle of her life was completed when she and Ted Luce, a high school friend, rediscovered each other, and married. The remaining years of her life were truly the happiest. Hers was a life well lived and shared with people fortunate enough to know her. We loved her dearly and will miss her always. She is survived by her husband: Ted Luce; sons: Charles Woods (Vicki) of Del Rio, Texas, Bill Woods (Laine) of Del Rio, Texas and Vance Woods (Jacque) of Corpus Christi, Texas; sister: Karen Lightizer Gridley; nephews: Jason and Clark Gridley and families; grandchildren: Stephani Cohen, Whitney Barker, Wylie Woods, Wesley Woods, Courtney Woods, Hayden Woods, Cheyenne Mueller, Sydney Mueller, Dylan Luce, Cody Luce, Shane and Sarah Luce and Bryce Miller; great-grandchildren: Anna Woods, Blaine Woods, Lovelynn Barker and Wyatt Barker. Diane was preceded in death by her son: Robert Scott Woods. Diane was a force of energy, joy, laughter, and excitement, full of life; which she enjoyed to the fullest. She was a hands on worker outdoors with Ted at the ranch, helping with goats. She saw beauty in nature and especially flowers. She loved to cook and travel and never had a bad word to say about anyone. Diane made the best chocolate chip pies you’ve ever eaten. Pallbearers are Wylie Woods, Wesley Woods, Hayden Woods, Jason Gridley, Clark Gridley, Bryce Miller, Shane Luce and Dylan Luce. Visitations will be held on Sunday, 6-9:00P.M, January 8, 2017 at G. W. Cox Memorial Funeral Home. Funeral service will be on Monday, 11:00A.M, January 9, 2017 at the First United Methodist Church with John Cary officiating. Interment will follow at Westlawn Cemetery. Funeral arrangements with G. W. Cox Memorial Funeral Home, of Del Rio LTD, 114 Fletcher Drive, Del Rio, Texas. 78840 Ph: 830.775.2000

Diane Lightizer Luce, 78, passed away January 5, 2017 in Del Rio, Texas. It is with great sadness, that we the family of Diane Luce announce the passing of our beloved wife, mother, grandmother, aunt, sister and friend. This unique woman was... View Obituary & Service Information

The family of Diane Lightizer Luce created this Life Tributes page to make it easy to share your memories.

Send flowers to the Luce family.