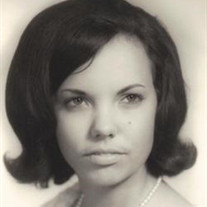 Doris Nell Crane, 66, passed away peacefully on June 4, 2016 in Del Rio, Texas after a valiant thirty year struggle with Multiple Sclerosis. She was born September 7, 1949 to Ross and Dot Foster in Del Rio, Texas. She was preceded in death by her husband Eddie Crane and son Cody, as well as her parents Ross and Dot Foster. She is survived by her son Jimmy Crane and wife Stephanie, her brother Billy Foster and wife Billie Lee, and sister Susan Goble and husband Kelly. Also surviving her are grandchildren Edgar Crane, Tristen Crane and Keegen Crane plus numerous cousins nieces and nephews. The family appreciates the special love and care provided over the years by Leticia Jimenez. She grew up on the Foster Ranch west of Langtry, Texas helping raise sheep and goats. At an early age pen work was not her forte, so she cultivated her cooking skills. She began her married life in 1966 to Eddie Crane on the Lozier Ranch west of Langtry. They knew the hardships of the ranching life but they were determined and made a successful life out of the industry. In 1973, when Jimmy was ready to start school, the family moved to the West Ranch north of Comstock and expanded their ranching operations to include the Brite, the Skyline and the Carleton Ranches. Many local cowboys were initiated to the rugged ranch land north of Comstock and kept coming back when Eddie called due to the delicious home cooked meals provided by Doris Nell. All through Jimmy and Cody's antics, she always had the upper hand and frequently was the instigator. Doris Nell loved people of all ages and would talk to anybody who would sit and listen...willing or not. She was many things to many people. Her struggles proved to be an inspiration to so many. She did not always do or say what people wanted to hear, but she never stopped being relevant. Her spirit was amazing. Her earthly trials are over. She will be missed by all. Memorial service is scheduled for Wednesday, June 8, 2016 at 1:00 p.m. at Sacred Heart Church with Father Matthew Zuberbueler officiating. A private burial will be held at a later date. In lieu of usual remembrances, donations can be made to the National Multiple Sclerosis Foundation at nationalmssociety.org. Funeral arrangements with G. W. Cox Memorial Funeral Home, of Del Rio LTD, 114 Fletcher Drive, Del Rio, Texas. 78840 Ph: 830.775.2000

Doris Nell Crane, 66, passed away peacefully on June 4, 2016 in Del Rio, Texas after a valiant thirty year struggle with Multiple Sclerosis. She was born September 7, 1949 to Ross and Dot Foster in Del Rio, Texas. She was preceded in death by... View Obituary & Service Information

The family of Doris Nell Crane created this Life Tributes page to make it easy to share your memories.

Send flowers to the Crane family.