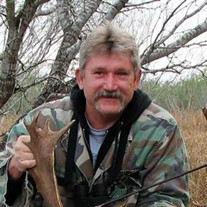 Douglas William Meyer, 60, of Del Rio, Texas, passed away peacefully on Wednesday, March 22, 2017, after a long battle with cancer. Doug was born September 3, 1956, in Milwaukee, Wisconsin to Victor R. Meyer and Audrey Roever Meyer. Upon graduating from Joshua High School in 1974, he attended Tarleton State University and graduated in 1978 with his Ag Science degree. It was while he was in college that he met the love of his life Suzann Whitehead Meyer, they were married in May of 1980. In the fall of 1980 he began teaching ag at Mercedes High School in Mercedes, Texas. It was here that he stayed for 33 years touching the lives of many students. During this time, he and his wife welcomed their first child, Douglas Wayne Meyer in 1992. Sara Ellen Meyer later made her debut in 1996. Doug was very active while working in the valley. He was the Area X President of the State Ag teacher Association, he served 8 years on the board of VATAT (Vocational Ag Teachers Association of Texas), and he was the chairman for the Beef Syndicate Barbeque. Doug served as a chair on many academic committees including site based decision making committees, volunteered, taught, and certified in most TP&W programs. The last 5 years of his life he worked as the Devils River Project Director in Val Verde County for The Nature Conservancy. Doug enjoyed being outdoors, hunting and fishing as well as passing his values onto future generations. He was an old school self-sufficient mechanic, carpenter and welder. Doug was well known for being the Harley riding ag teacher. He was an advocate for the Livestock show, always promoting fair play and responsibility. The last lesson that Mr. Meyer wishes to teach is a simple one, stay curious, keep learning, and be confident enough to admit when you are wrong. Doug is preceded in death by his parents, and his sister Mickey Troutman. Doug is survived by his wife, Suzann; son, Doug Meyer and fiancée Allison Williams; daughter, Sara Meyer; sisters, Mori Ruland, Margie Lemley, and Marcia Meyer; and 15 nieces and nephews. Doug is also survived by 33 years of students whose lives were forever changed by his extraordinary teaching and support. His door and heart were always open to his students to listen and guide them. Mr. Meyer strived to lead his students out of the darkness of selfishness and into the glorious sunlight of brotherhood and cooperation. The family wishes to thank you for all the prayers and kind thoughts during Doug’s journey home. Honorary Pallbearers are Andrew Prukup, Rodney Beamsley, Danny Trevino, Scott Cornnet, Truman Olson, Cody White, and David McGinnis. A memorial service will be held on April 1st, 2017 at 10:00am at G. W. Cox Funeral Home Chapel in Del Rio, Texas. In lieu of usual remembrances, donations may be sent to the Rio Grande Valley District FFA Association. PO Box 4283, McAllen, Texas 78502. Funeral arrangements with G. W. Cox Memorial Funeral Home, of Del Rio LTD, 114 Fletcher Drive, Del Rio, Texas. 78840 Ph: 830.775.2000

The family of Douglas William Meyer created this Life Tributes page to make it easy to share your memories.

Send flowers to the Meyer family.