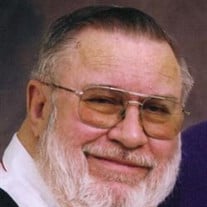 Joe W. Bond Sr., 71, husband of Wanda (Wilson) Bond, died Monday, February 1st, 2016. He was born in Big Spring, Texas on June 7th, 1944, was the son of the late Edmond and Omega (Buchanan) Bond, as well as brother to the late Eugene "Dick" Bond. Joe honorably served his country for 20 years as an Air Traffic controller in the U.S. Air Force. After his career in the military he attended Angelo State University where he graduated with a teaching degree, and went on to be an English teacher both in Del Rio, and Eagle Pass, TX. Over his lifetime, Joe did anything and everything he could to help out family and close friends, and especially every sophomore student he ever came into contact with. Joe Bond will forever live on in the memories of his wife Wanda (Wilson) Bond, his children Janice (Bond) Herrera and Joe "Pete" Bond Jr. and Valerie; and Grandchildren Victoria, Jacob (and Vanessa) and Daniel Herrera, Austin Gardner, and as well as great grandchildren Ethan and Delilah Herrera. Visitations will be on Wednesday, February 3, 2016 from 6-9:00P.M, at G. W. Cox Memorial Funeral Home chapel. Chapel service will be on Thursday, February 4, 2016 at 11:00A.M, officiating by Vice President Jay Crapo. Interment will follow at Westlawn Cemetery. In lieu of usual remembrances the family requests donations be made to a charity of choice. Funeral arrangements with G. W. Cox Memorial Funeral Home, of Del Rio LTD, 114 Fletcher Drive, Del Rio, Texas. 78840 Ph: 830.775.2000

The family of Joe Wesley Bond Sr. created this Life Tributes page to make it easy to share your memories.

Send flowers to the Bond family.