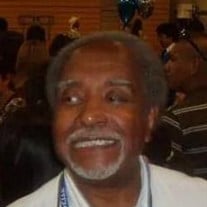 Raymond Griffin Haynes, 69, passed away January 13, 2015 in San Antonio, Texas. He was born December 13, 1945 in Del Rio, Texas. He is survived by his wife Lonia Sue Haynes; daughters: Amy Nichole Haynes, Dee Dee Moore and Patricia Delgado Martinez; son: Raymond Edward Haynes and wife Noella Benavidez; sister: Audrey Ann Simmons; brother: William “Bill” Haynes; grandchildren: Quincy, Kane, Devyn, Keauna, Aakil and Reyna Haynes; great-grandchild: Aalayah Haynes. On August 16, 1970 Raymond Griffin Haynes joined the Del Rio Police Department and served the community through January 1, 1978. During his time with Del Rio PD, Mr. Haynes was awarded a plaque for Bravery, September 3, 1973, while saving the lives of two small children during a fire and was issued his Basic Peace Officers License June 1st of 1973. Later he was honored with the Silver Star for Bravery, May 1st 1974, for conspicuous Heroism in which he risked his own life, performed his duty in such a manner as to reflect courage, dedication and initiative native to the professional law enforcement officer, before retiring, January 1, 1978, from his Del Rio PD to join Texas Alcohol Beverage Commission (TABC) When joining TABC, January 16, 1978, Raymond, received a Certificate of Award for assistance when he rendered aid to Officer Richard Villarreal in prevention of a jail inmate attempting to commit suicide on the 29th of July 1982, and was issued his Intermediate Peace Officers License August 1st of 1978, before retiring from TABC after 16 years of service, February18, 1994 From May 15, 1989 to May 21, 1990, Raymond served on the SFDRCISD Board of Trustees and on March 31, 1994, joined the San Felipe Del Rio School District as the Police Chief. As the Police Chief of San Felipe Del Rio C.I.S.D., Chief Haynes earned his Advanced Peace Officers License April 3rd of 1999 and his Master Peace Officer License in March 20, 2002; he served the school district until January 13, 2015 Raymond Griffin Haynes was advocate of the children and a server of the community until January 13, 2015 and will surely be missed by all of his family and friends. Visitations will be on Friday, 5-9:00P.M, January 23, 2015 at G. W. Cox Memorial Funeral Home Chapel. Funeral service will be on Saturday, 11:00A.M, January 24, 2015 at the First Baptist Church with Reverend Eric Tarver officiating. Interment will follow to Sunset Memorial Oaks Cemetery. Funeral arrangements with G. W. Cox Memorial Funeral Home, of Del Rio LTD, 114 Fletcher Drive, Del Rio, Texas. 78840 Ph: 830.775.2000

The family of Raymond Griffin Haynes created this Life Tributes page to make it easy to share your memories.

Send flowers to the Haynes family.