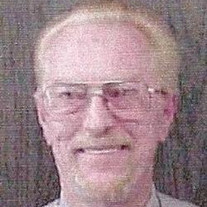 Robert W. Lyon, (TSGT U.S. Air Force Ret.) went to be with the Lord January 8, 2018 at the age of 77. He is preceded in death by his father Harvey Chester Lyon, Step-Father Arturo Alberto Garcia and his Mother Lou Allen ‘Louise’ Lyon Steele. Mr. Lyon was born September 28, 1940 in Kansas City, Missouri, and was raised in Brownsville, Texas by Mr. Garcia and Louise (Steele) Lyon. Mr. Lyon spent 23 years in the U.S. Air Force; he travelled to many foreign lands serving his country. Some were nice and some were necessary due to time of war (Vietnam 2 tours). Upon his retirement, he received the Meritorious Service Award from the U.S. Air Force. During the 1970’s Mr. Lyon (while in the USAF) was assigned duty to the FAA as an Air Marshal (Deputy U.S. Marshal) flying on aircraft to Europe in order to prevent air piracy. While stationed in Clovis, New Mexico with the USAF he was a U.S. Customs Inspector. Upon his retirement from The United States Air Force he went to work with a private security company protecting the U.S. Courthouses and was sworn in as a Special Deputy U.S. Marshal. Mr. Lyon worked his way up through the ranks to become the manager of the western district of Texas. This was one of the largest districts in the United States of America. He served a total of 25 years with the court security program before taking a full retirement from work due to his health. He was also a member of the Valley-Hi Masonic Lodge #1407. He was a beloved and cherished Husband, Father, Papa and Paw-Paw. He was also a devoted Christian and will be sorely missed. Bob is survived by his loving bride Georgann Lyon (Thorman) of 26 years, His Step-daughters: Christina Blair (McGowan) her Husband Joe Blair, Carlyn Lefler (Riggs) her Husband Michael Lefler, Sons: Robert W. Lyon II and his Wife Michelle Lyon (Lamb), Russell W. Lyon and his Wife Aimee N. Lyon (Julio), and his Step-Son John “Trey” R. Riggs III and his Wife Mary C. Smith; grandchildren: James Trudeau, Robert W. Lyon II, Elizabeth Kulhanek (Lyon), Catherine Lyon, Alyssa Lyon, Walker M. Hayman, Ian A. Lyon, Masen Riggs, Shyla Hayman, Korbin Lefler, and Gunnar Lefler. Graveside service will be held on Saturday, 2:00P.M, January 20, 2018 at the Masonic Cemetery with John Cary officiating. Military Honors by the U. S. Air Force. Funeral arrangements with G. W. Cox Memorial Funeral Home, of Del Rio LTD, 114 Fletcher Drive, Del Rio, Texas. 78840 Ph: 830.775.2000

Robert W. Lyon, (TSGT U.S. Air Force Ret.) went to be with the Lord January 8, 2018 at the age of 77. He is preceded in death by his father Harvey Chester Lyon, Step-Father Arturo Alberto Garcia and his Mother Lou Allen &#8216;Louise&#8217;... View Obituary & Service Information

The family of Robert W. Lyon created this Life Tributes page to make it easy to share your memories.

Send flowers to the Lyon family.