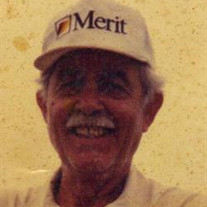 Beloved husband, father, grandfather, and great grandfather Robert Dale Nicholson, age 82, of Del Rio, Texas passed away peacefully on June 26, 2017 surrounded by his loving wife and friends after a brief struggle with cancer. Bob was born on Oct. 25, 1934 in Del Rio, Texas, the son of Robert and Mamie (Bochat) Nicholson. Bob married his sweetheart Brenda Mohler on October 27, 1989. Bob is survived by his wife of 28 years, Brenda Nicholson; his son, Robert Nicholson and his wife, Pamela, of Atlanta, GA, his son, Russell Nicholson of Springtown, Texas, and his step-son Richard Fossum of Kyle, Texas. He has four grandchildren, Crystal Lee of Ocean Gate, New Jersey, Daniel Nicholson of Denver, Colorado, Jacob Nicholson of Ft. Worth, Texas, and Natalie Fossum of Kyle, Texas, as well as two great grandchildren, Luca and Lana Lee of Ocean Gate, New Jersey. He is preceded in death by his parents and sister Ginger Nicholson Mathis. A lifelong resident of Del Rio, Bob served in the U.S. Army from 1956 to 1958. He worked at the Del Rio Steam Laundry for many years before retiring. Bob was an avid golfer, loved fishing, and was a longtime member of the Del Rio Country Club. Bob made the greatest decision of his life when he accepted Jesus Christ in his heart as his personal Lord and Savior and we find comfort knowing we will be reunited with him in the hereafter. In Lieu of usual remembrances donations can be made to a charity of choice. Graveside services will be held on Friday, June 30, at 10 A.M. at the Westlawn Cemetery, 1200 West Second Street, Del Rio, Texas. Funeral arrangements with G. W. Cox Memorial Funeral Home, of Del Rio LTD, 114 Fletcher Drive, Del Rio, Texas. 78840 Ph: 830.775.2000

The family of Robert Dale Nicholson created this Life Tributes page to make it easy to share your memories.

Send flowers to the Nicholson family.