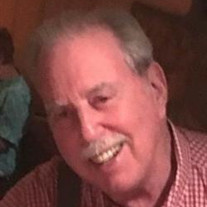 We celebrate the life of Robert Terry Rosen, MD, who passed away on November 24, 2017. Dr. Rosen is survived by his wife, Kathleen Rosen and Ms. Rosen’s children Major Kenton Manion and his wife Dr. Stacey Manion of Del Rio, Texas and Katie Manion of New Zealand. Dr. Rosen is also survived by Anita Mastman Rosen, mother of Bob’s son David Elliot Rosen, daughter Melissa Rosen Frankel, husband Aaron Frankel, and his children Jennifer Frankel, US Army CPT, Matthew Frankel and Edward Frankel of Albuquerque, New Mexico, and daughter in law Shellie Rosen and grandson Noah Jack Rosen, of Austin Texas. Dr. Bob, as he was called, graduated from State University of New York at Buffalo in 1967. He interned at Valley Medical Center in San Jose, California, as a surgical resident at University of California, San Francisco as well as a Urology resident at University of New Mexico in Albuquerque. He served as a chemical and biological warfare instructor during Viet Nam, was a lieutenant colonel serving during Operation Desert Storm stationed in England, and was a US Air force Reservist. Dr. Bob had a private practice in Albuquerque, New Mexico from 1975 to 1991 as well as in practice in Houston, Texas from 1992-2014 and was employed by VVRMC in Del Rio, Texas from 2014-2017. Dr. Bob was an avid golfer and motorcyclist, he toured the world with his “gang,” Steve Kranz, MD and Howard Winkworth, DO, on is beloved motorcycle, Lucille. Dr. Bob always greeted you with a smile and a joke to keep you laughing for days. He was the life of every party and lived his life like it was his last ride. Dr. Bob will be loved, and remembered by his friends, family and patients. In his memory any donations would be appreciated by the Make a Wish Foundation. Funeral arrangements with G. W. Cox Memorial Funeral Home, of Del Rio LTD, 114 Fletcher Drive, Del Rio, Texas. 78840 Ph: 830.775.2000

We celebrate the life of Robert Terry Rosen, MD, who passed away on November 24, 2017. Dr. Rosen is survived by his wife, Kathleen Rosen and Ms. Rosen&#8217;s children Major Kenton Manion and his wife Dr. Stacey Manion of Del Rio, Texas and... View Obituary & Service Information

The family of Robert Terry Rosen, MD created this Life Tributes page to make it easy to share your memories.

We celebrate the life of Robert Terry Rosen, MD, who passed away...

Send flowers to the Rosen, family.