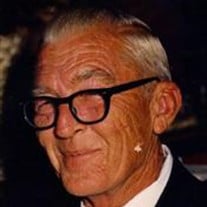 Royce M. Morris January 19, 1928-March 27, 2013 Royce was born in Pilot Point, Texas on January 19, 1928 to Monroe and Hazel Morris. He was with us for 85 years, 2 months and 8 days. He is survived by his wife: Margaret Morris; daughters: Nicki Cook and Misty Zapata and his sons and daughter: Earnest Morris, Rebecca King and R. Wayne Morris; also, 3 brothers and 4 sisters; and grandchildren: Trey Gutierrez III, Julian Gutierrez and Mireya Medina. He is preceded in death by his parents, 1 brother and 1 sister. Royce was a man that thought of everyone except himself. There have been many that have seen this man dearly fighting for his life. He has touched so many lives by being in the hospital, plus finding and talking to a 94 year old friend. Royce was so blessed to have spoken to all those that he dearly loved, not many of us will ever get that chance. He will dearly be missed. Royce was a Mason of Lodge #646 and a Shriner’s. He loved doing work for the children it gave him such pride. He retired from the USAF after 30yrs as Chief - Master Sergeant Royce Monroe Morris. Visitations will be on Friday, 5-9:00P.M, March 29, 2013 at G. W. Cox Memorial Funeral Home Chapel. Graveside service will be on Saturday, 10:00A.M, March 30, 2013 at Sunset Memorial Oaks Cemetery. Military Honors will be presented by the LAFB Honor Guard. USAF, Chaplain Brian Nierman, officiating. Funeral arrangements with G. W. Cox Memorial Funeral Home, of Del Rio LTD, 114 Fletcher Drive, Del Rio, Texas. 78840 Ph: 830.775.2000

The family of Royce M Morris created this Life Tributes page to make it easy to share your memories.

Send flowers to the Morris family.